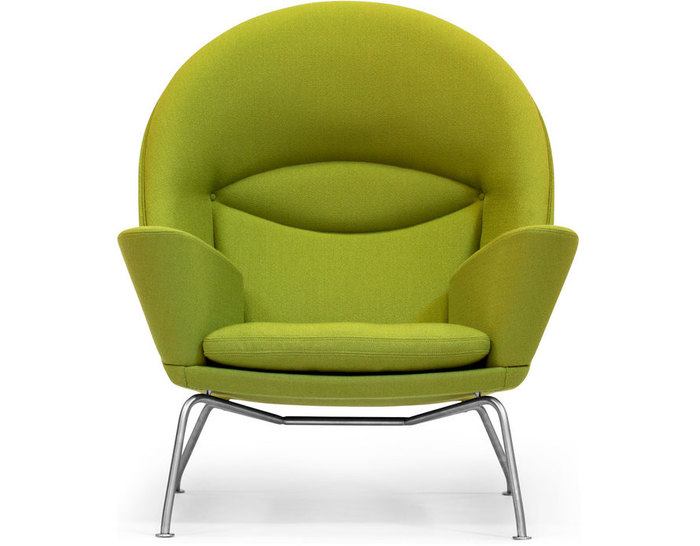 "The chair is the thing that is closest to people, so it is important that its detailing is in order." -Hans Wegner

Carl Hansen & Son's close co-operation with Hans J. Wegner's Studio has made it possible to recreate an original Wegner easy chair from a clay model and drawings found in the Studio's archives. Called CH468, the chair was created by Wegner in 1960 but has never been in production - until now.

The Studio also had what is, as far as is known, the only existing prototype of the chair. Along with some photos, the prototype inspired them to begin production. CH468 is a sculptural easy chair whose construction, back and neck support afford a variety of very comfortable ways to sit. The craftsmen build the interior frame from wood, just as Wegner designed it. The legs, in brushed stainless steel, create a balanced contrast to the capacious upholstery. CH468 is available upholstered in leather or fabric with optional footrest for added comfort. Please call the hive showroom with any questions: 1-866-663-4483.