by Ron Arad, from Driade 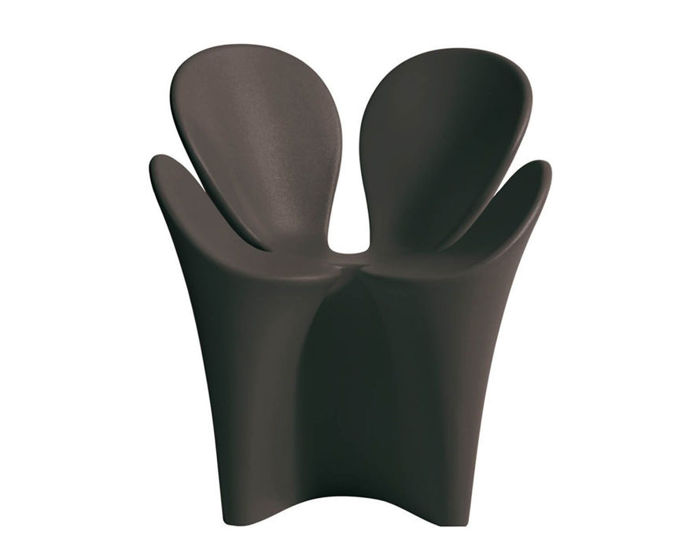 Design Ron Arad, 2007
Polyethylene monobloc
Made in Italy by Driade

The organic designs of Ron Arad are nicely represented through the Clover chair. Designed for Driade, Clover features weatherproof polyethylene and an inviting design that plays an important role in its ability to be at home either indoors around a table or outdoors in a grassy field. It is available in your choice of colors.

Hailed as one of the foremost designers of the 20th Century, Ron Arad was born in Tel Aviv and studied at the Jerusalem Academy of Art before moving to London to enroll in the Architectural Association where he studied under Peter Cook, founder of Archigram. Ron Arad has successfully established a unique design style using unorthodox combinations of materials and concepts.

Driade was born in 1968, some decades ago, in the same period that would characterize the twentieth century: both the rigor of geometric and rational design and , on the other hand, the recovery of pop art and its influence on pop and radical design. Today, the "design landscape" is quite different, permeated as it is by globalization and all-embracing digitization.... Driade is happy to continue a rich heritage of good design into the 21st century with works by Phillippe Starck, Ron Arad and more.