by Jasper Morrison, from Flos 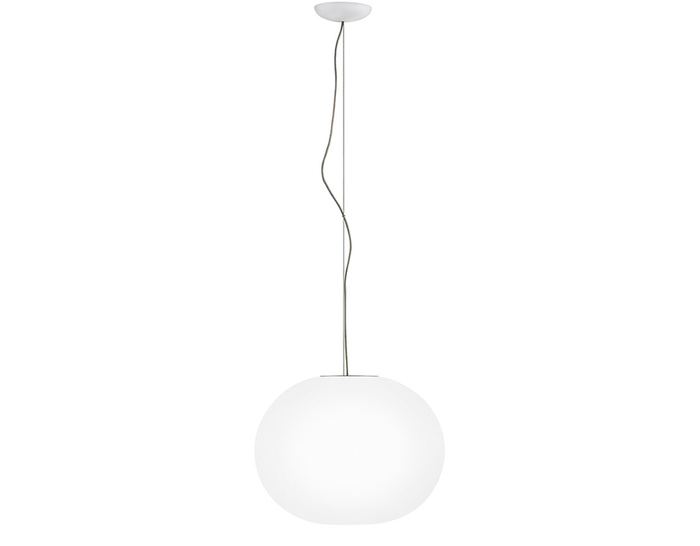 The suspension lamp from the popular Glo-Ball series. The hand blown diffuser from acid-etched flashed opaline glass guarantees perfect light diffusion. Glo-ball pendant is offered in your choice of two sizes and includes either a 100W halogen bulb for the S1 or 150W halogen for the larger S2.

Further variants from the glo-ball family include pendants and floor lamps as well as ceiling or wall mount.