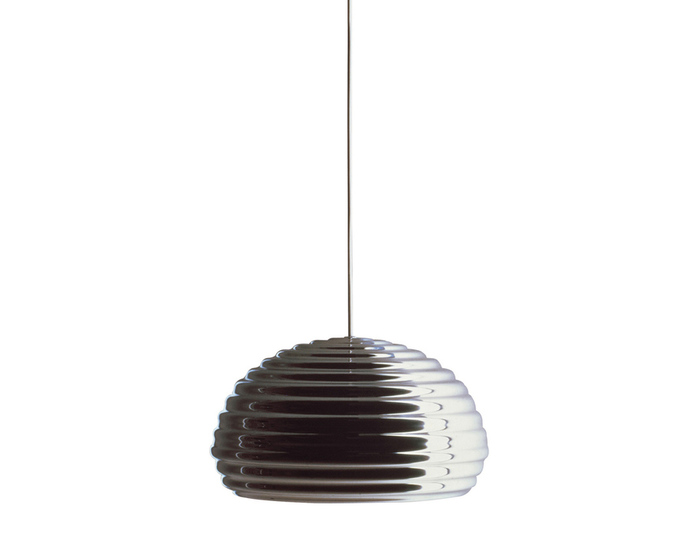 Design Achille Castiglioni, 1961
Aluminum
Made in Italy by Flos

Designed for the Splugen Brau beerhouse and restaurant in Milan, the lamp features a thick, ribbed aluminum body which aids heat dispersal. Uses a silver-domed bulb to provide indirect but concentrated light.