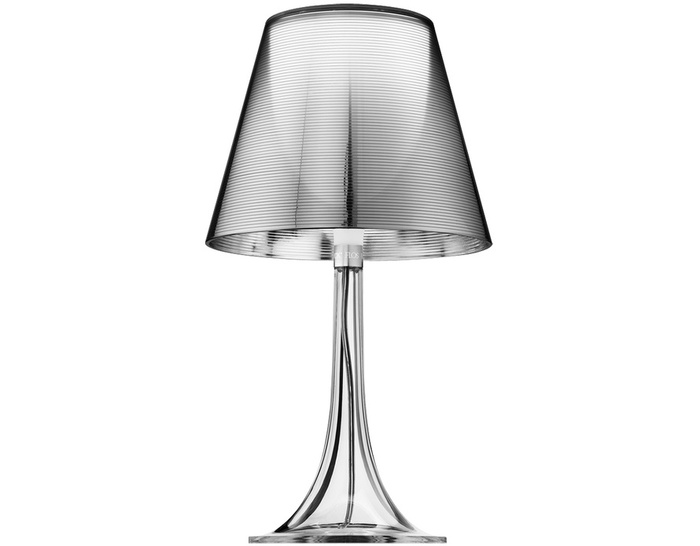 Design Philippe Starck, 2003
Polycarbonate, PMMA
Made in Italy by Flos

"We have to replace beauty, which is a cultural concept, with goodness, which is a humanist concept." -Philippe Starck

Miss K has proven to be one of the more popular lamps of recent years. It is Designed by Philippe Starck using a special clear and silver polycarbonate, when lit, the lamp shade reveals a hidden inner diffuser for an effect that fits perfectly within the Starck mystique. An in-line dimmer switch and added colors make for a most enjoyable lighting solution.

based on 2 reviews
average rating: 1