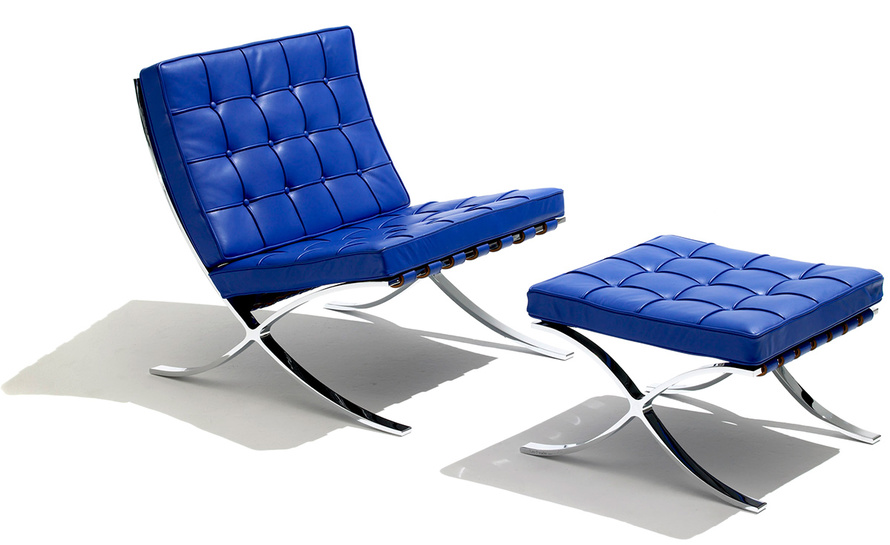 Created for the ones we love, knoll kids™ is a collection of spirited, modern furniture scaled for a younger generation. Each piece reflects Knoll's belief in the utility of modern design and commitment to quality.

Designed in 1930 by Ludwig Mies van der Rohe, a companion-sized Barcelona chair and stool have been developed to accompany the tried-and-true classic. The child's Barcelona chair and stool are 80% scale of the original and available with a chrome frame. A Signature KnollStudio design, produced to Mies' original specifications and exclusive manufacturing and sales rights accorded to Knoll by the designer in 1953. Each piece has the KnollStudio logo and Ludwig Mies van der Rohe's signature stamped into the frame.

Seat and back cushions adapt to fit curve of frame. Chrome frame is hand-buffed to a mirror finish. Panels and buttons are crafted from a single hide and Individual leather panels are cut, hand-welted and hand-tufted. Straps are laminated to match selected leather.

(THIS ITEM IS ON PRODUCTION HOLD UNTIL FURTHER NOTICE)