by Alvar Aalto, from Artek 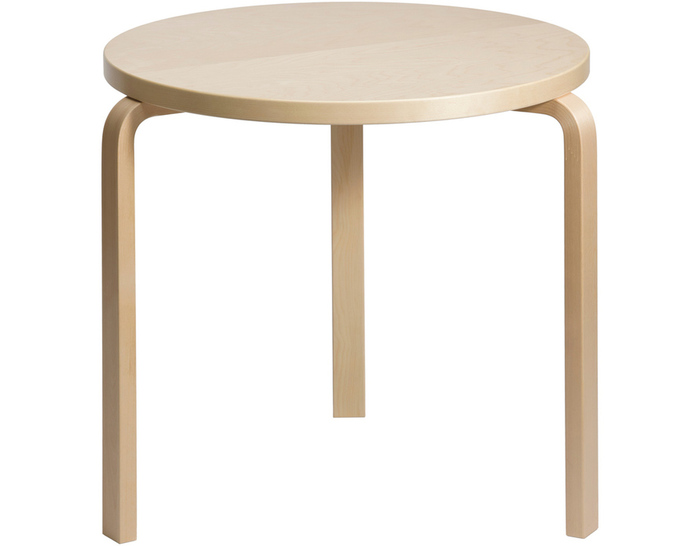 Aalto invented a process for bending thick layers of birch into graceful yet strong frames for a number of products including Tables 90b & 90c. The framework consists of lacquered laminated birch wood and each is topped by a 1.6" piece of wood with either birch veneer, white laminate or black linoleum top. Table 90b serves as a distinctive addition to any room or hospitality area.

Alvar Aalto (1898-1976) was born in Finland. Thanks to his original style and unique talents, Aalto is one of the greatest names in modern architecture and design. During his career, he designed many buildings in different parts of the world: concert halls, libraries, hospitals, museums, and private homes, including the Villa Mairea. His furniture and lamps, often starting out as a part of the buildings he designed, are produced together with Finnish Artek.

Artek was founded in 1935 by four young idealists, Alvar and Aino Aalto, Maire Gullichsen and Nils-Gustav Hahl. The business idea of the company was "sell furniture and to promote a modern culture of habitation by exhibitions and other educational means." The founders of Artek advocated a new kind of environment for everyday life. They believed in a grand synthesis of the arts and wanted to make a difference in town planning as well as architecture and design.