by Castiglioni, from Alessi 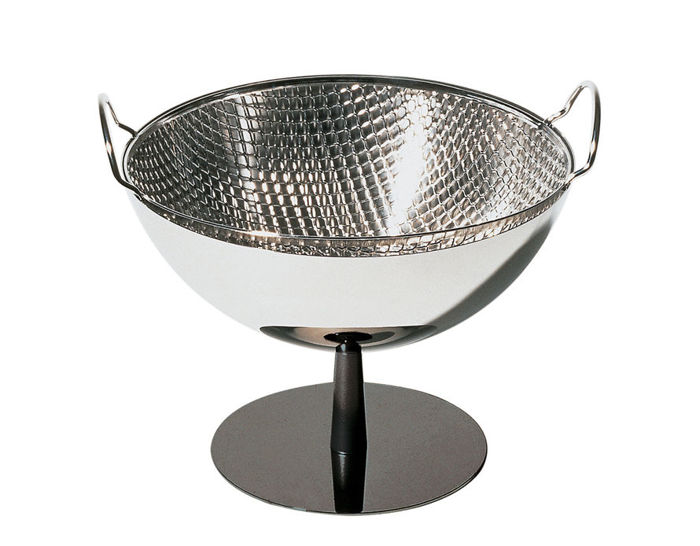 Fruit holder/colander in 18/10 stainless steel with foot stem in aluminum, anthracite. With this design, an excellent and rare case of a new object made from fusing two classic household objects - fruit holder and colander - Achille Castiglioni won the "Young Creator of the Year" award from the Conseil National des Arts Culinaires de Paris in 1995. Castiglioni was 77 years of age at the time.