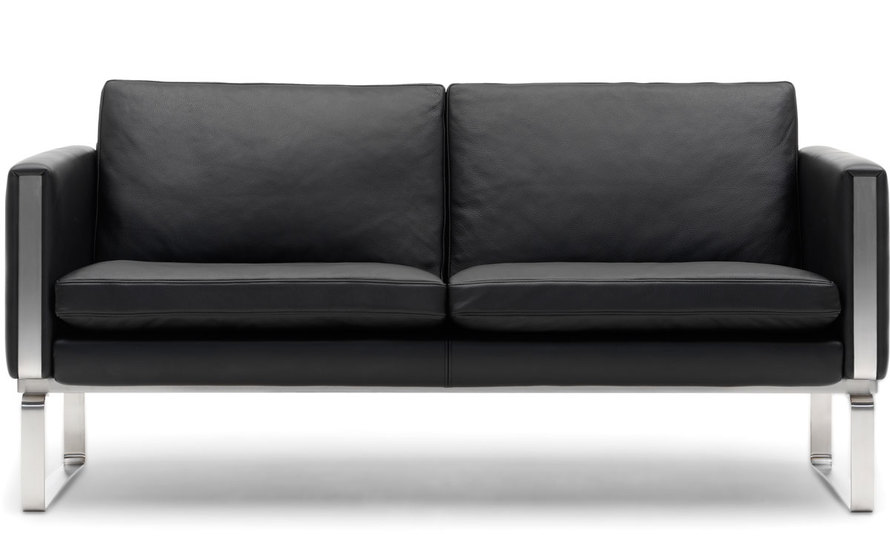 The distinguished character of the CH102 2-seat sofa joins the CH100 series by Hans j. Wegner. It is a sumptuous sofa that works well on its own, in groups, or with the CH100 series of sofas. The CH102 lounge embodies Wegner's ideology and spirit for simplicity coupled with Carl Hansen's reputation for quality manufacturing. Wegner, with his unique understanding of materials, created many designs each with its own personality yet in a consistent language. This is part of a series that Wegner designed in 1970, produced in very limited numbers during the 1970s and reintroduced in 2008 on the occasion of Carl Hansen & Son's 10th anniversary.

Hans J. Wegner is one of the architects and designers who made Danish Design world famous. Wegner inscribes his name in the history of design first and foremost via a range of tables and chairs which are without predecessors in furniture design, yet stand in their own right as the most natural thing in the world, inevitable like new letters in the alphabet.

CH102 is hand made on a solid beech inner frame with polished stainless steel legs, visible frame and armrest fronts. Cushions are fully upholstered on all sides, built around a foam core wrapped in European down and foam granulate. This sofa series is completed by sofas & tables of various size options.