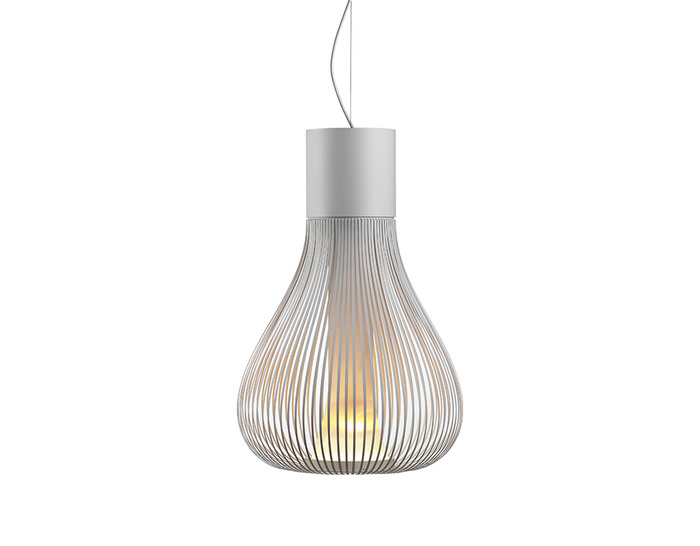 Chasen is a suspension lamp providing diffused light. It is made from a chemically photo-etched stainless steel body and borosilicate diffuser with liquid paint protection. It features a die-cast aluminum base and a 30% fiberglass-reinforced polyamide ceiling rose attached to a pressed and galvanized steel ceiling fixture. The light emission of Chasen can be adjusted by means of a mechanical movement that opens the louvers, thereby varying the shape of the luminaire.

Born in Oviedo, Patricia Urquiola attended the Madrid Polytechnic and the Milan Polytechnic Universities where she graduated in 1989 with Achille Castiglioni as her supervisor of whom she was assistant at the Milan Polytechnic from 1990 to 1992. She has worked with many great talents and a plethora of companies worldwide. This brilliant Spanish architect is a phenomenon not to be lost sight of.