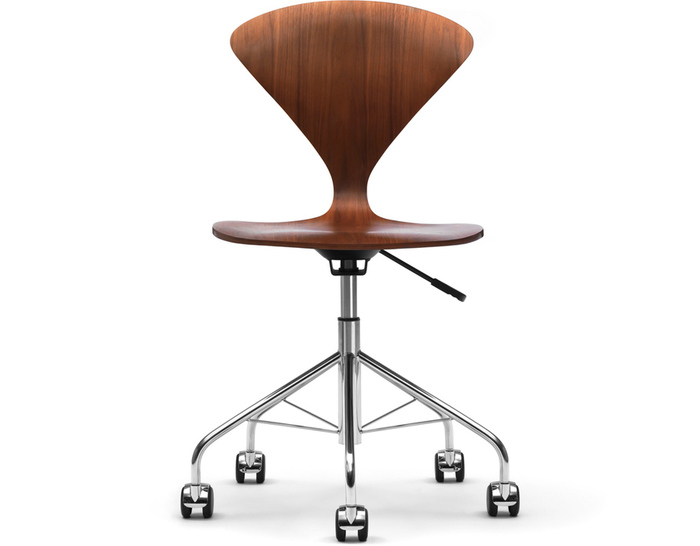 The new Cherner Task chair combines molded plywood and steel in a dramatic yet minimal design for the work environment. The spidery swivel base and curvaceous molded shell highlight the structural capabilities of the two materials. It is a further development of the classic molded plywood Cherner Chair. A strong, lightweight and graceful addition to the home or office, the Cherner task chair is available with or without armrests in all Cherner finishes and upholstery options.

The Cherner Chair is still regarded as one of the most dramatic designs utilizing the technology of molding plywood. Like the 1958 original, the Cherner chairs utilize a molded plywood seat with a unique construction of laminated plywood in graduated thickness. The seat and back are designed using a single shell connected by a slim and sturdy throat with slender metal legs. Each chair is manufactured from the original drawings, molds and specifications by Cherner Chair, a Cherner family company headed by the designer's sons.