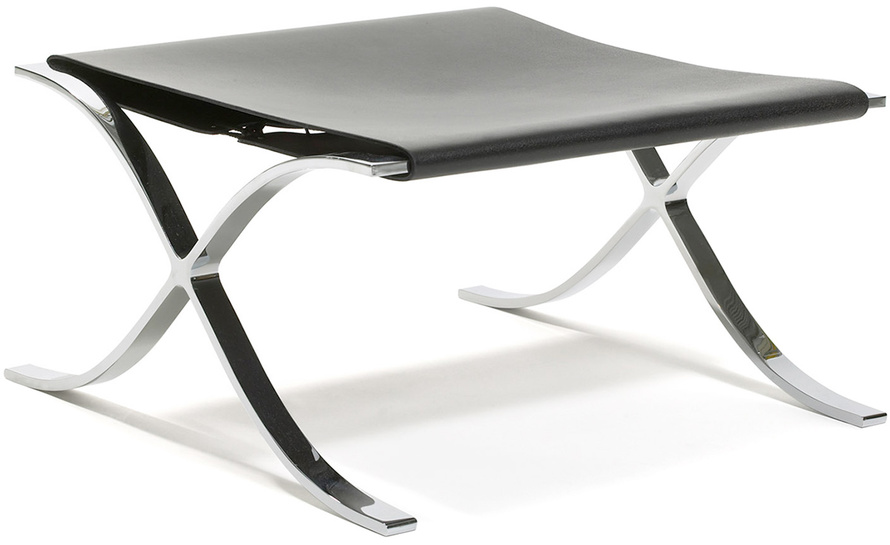 Construction notes: Chrome frame is hand-ground and hand-buffed to a mirror finish with a thick cowhide sling in black with nylon laces.