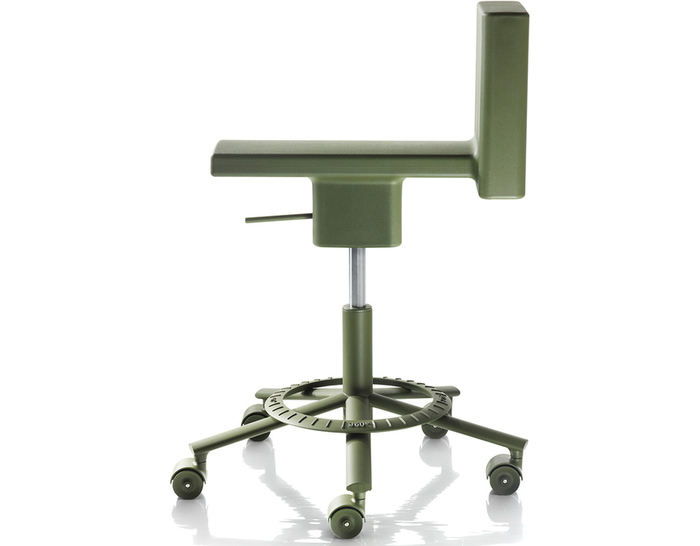 360° is neither a stool nor a chair, but something in between. Its name implies that it swivels around and one can sit on it in all directions. It is meant for seated activities that require a constantly changing posture. 360° is not intended for long stints of work in a static position. Instead it encourages a form of dynamic sitting, short term, ad hoc, improvised - moving around.

360° comes in two types, as a swivel chair on wheels or as a swivel stool on a star base. Both versions have a gas piston for height adjustment.