by F. Laviani, from Kartell 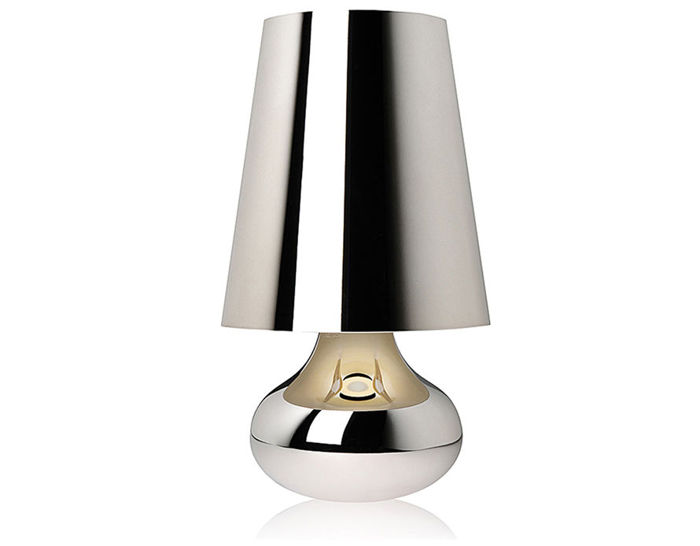 Design Ferruccio Laviani, 2009
Thermoplastic technopolymer
Made in Italy by Kartell

The table lamp which was typical of the seventies is given a new form and color. The Cindy lamp, with a conical lampshade and rounded teardrop base, comes in a broad range of all matte metallic tones: platinum, dark gold, mint green, orange, blue, fuchsia pink, gun metal and violet. Cindy's special feature is its shiny chrome-like finish that gives it just that twist of the contemporary, that touches of richness, radiating a multitude of iridescent reflections.

Available in your choice of six metallic colors.