by Frank Gehry, from Alessi 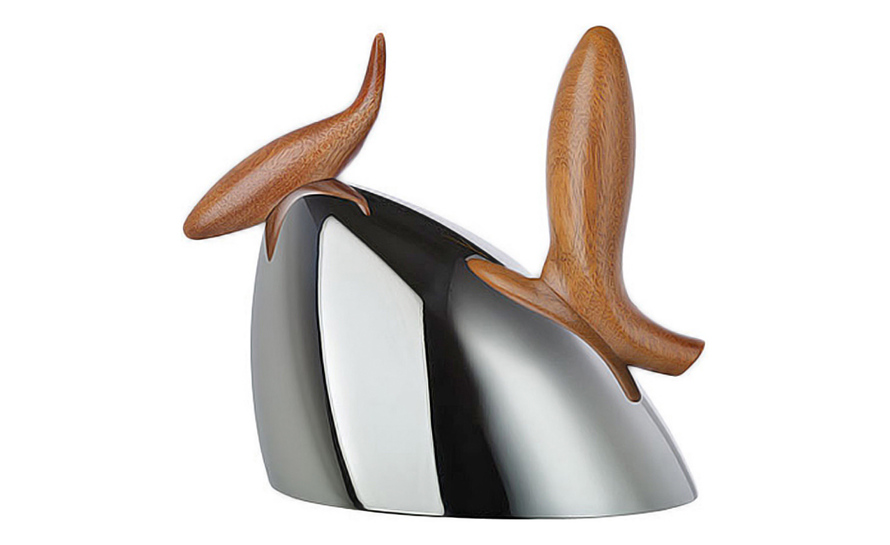 The Pito is currently Alessi's only project designed by the great California architect who, with a ground-breaking formal language and outstanding sculptural talent, has created some of the most extraordinary and fundamental works of architecture of our age.

Frank Gehry has single-handedly changed conventional ideas about architecture. Recent masterpieces include the Guggenheim Museum in Bilbao and the Disney Concert hall in Los Angeles. Gehry's unique vision and innovative use of materials has brought him numerous honors. Through his emphasis on collaboration in the creative process, Gehry continues to transcend the boundaries of design.

The Pito kettle is offered with a mirror polished steel body, mahogany handle and cap with melodic whistle.

Frank Gehry (b. 1929, Toronto) has been described as the “most important architect of our age” by Vanity Fair, and his buildings are among the most recognizable in the world. His best-known works include the masterful Guggenheim Museum in Bilbao, Spain, the vibrant and playful MIT Stata Center in Cambridge, Massachusetts, the elegant Walt Disney Concert Hall in downtown Los Angeles, and the colorful and psychedelic Experience Music Project in Seattle. Nearly all of his buildings attract tourists and demand attention with their unique and unusual forms.