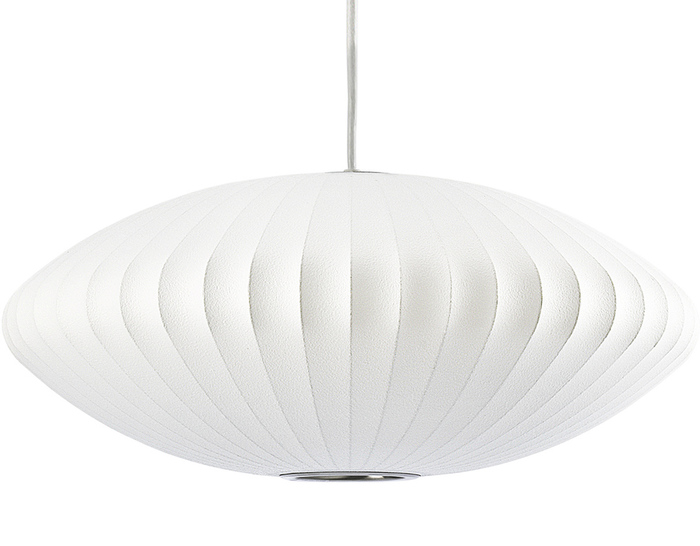 Pendants include a brushed, nickel-plated steel ceiling plate with a 10-foot cord. UL-listed and rated for bulbs up to 150 watts, (small Saucer is rated for a 60 watt bulb). The saucer is available in four sizes. Bulb is not included.


based on 8 reviews
average rating: 5