by Bros Bouroullec, from Vitra. 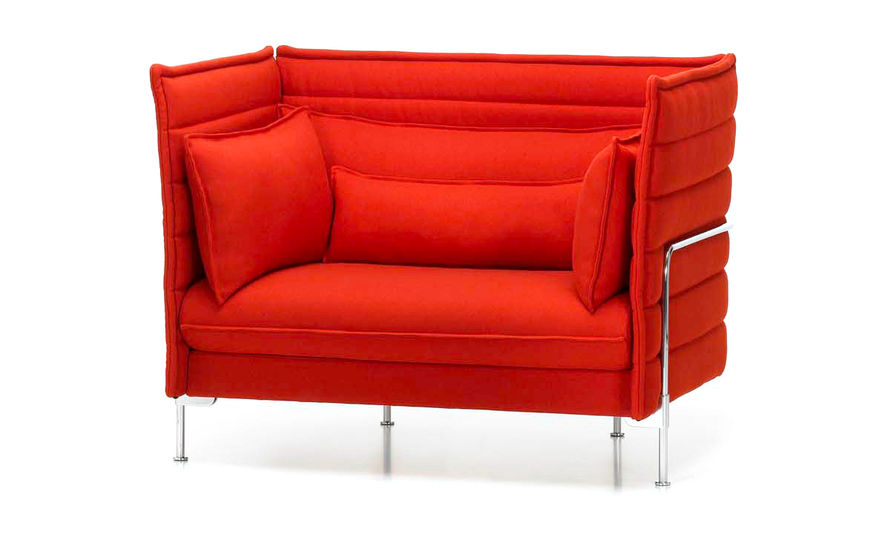 A sofa can go beyond being merely a piece of furniture and become a room of its own within a room - this was the idea that prompted Ronan and Erwan Bouroullec to design the Alcove Sofa. With its soft seat and backrest upholstery, as well as the high, flexible side and back panels, Alcove Sofa creates the frame for a comfy, safe and secure world, a place for relaxed withdrawal from the hustle and bustle of life. Yet, Alcove Sofa is also a meeting place and point of communication: In the larger version two people can sit opposite each other, relaxing back against the side walls. As two- or three-seaters, the Alcove Sofa fits interiors of different sizes. Moreover, the Alcove Love Seat offers the advantages of the Alcove Sofa but for a smaller footprint. The Alcove Ottoman is a comfortable complement.

The Alcove sofa is offered online with the 'Lounge' upholstery. Can also be specified with the 'Work' upholstery by calling the hive showroom. The sofa includes two matching backrest cushions. Optional set of 2 armrest & 2 small backrest cushions also available. The frame, supporting structure and legs can be specified in polished chrome or powder-coated (smooth) tubular steel.