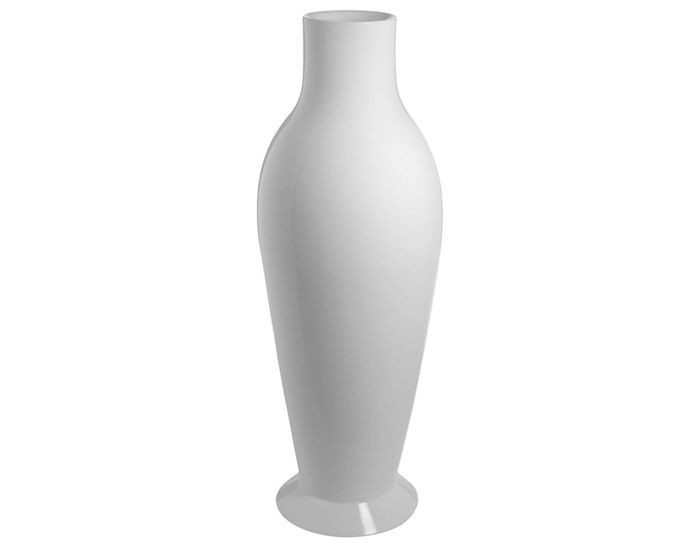 Design Philippe Starck, 2007
Polycarbonate & polyethylene
Made in Italy by Kartell

Misses Flower Power is a decidedly "oversized" vase. The quest for visually striking chromatic effects led to the development of a production technique that brings life to a semi-transparent and irregular surface to produce a vintage glass look.

The technology used-rotational molding-first applied to transparent polycarbonate, produces a single hollow piece, which is suitable for containing soil, water, plants or flowers. The round base, the same color as the structure, gives the vase excellent stability.

Misses Flower Power vase is suitable for indoor/outdoor use and available in opaque glossy or transparent colors.