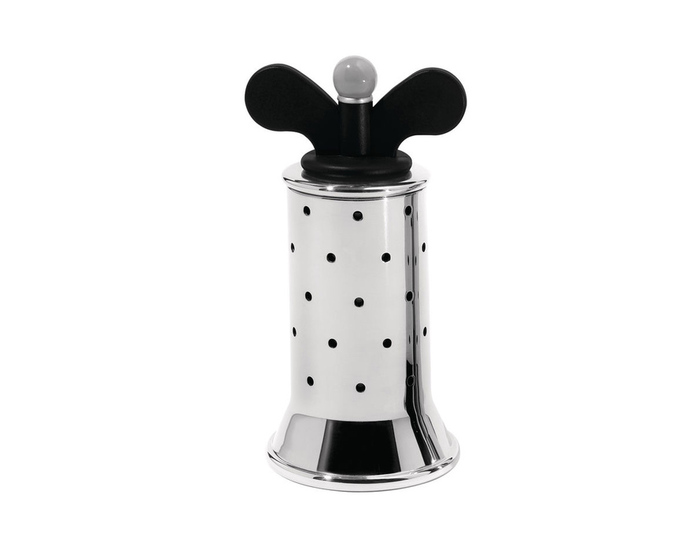 The salt & pepper set references a small collection of objects that are a common addition to households around the world and generally enjoy a permanent place on the family table for daily meals. Enjoy the interpretation of these objects by Michael Graves for Alessi. Matching salt castor also offered.