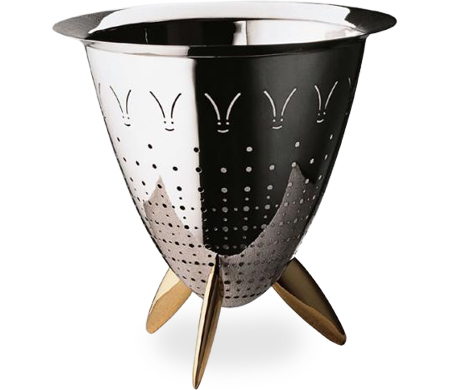 An excellent example of Alessi's role as artistic mediator in the most turbulent areas of creative potential.... (this was Philippe Starck's response to Alessi's precise briefing for a stainless steel tray). The max le chinois is the most fantastic colander the world has ever seen... it also has a plastic insert to allow usage as a vase or bucket.

The Max le Chinois colander features a mirror polished 18/10 stainless steel outside with a satin finish on the inside and feet in a brass casting.