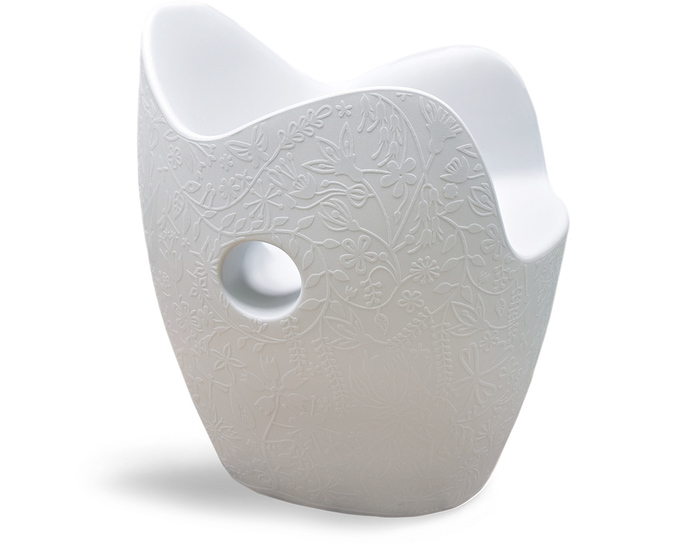 O-Nest armchair offers an enveloping shape, which is reminiscent of a flowering bush. It is made from rotationally molded polyethylene is waterproof and fade-resistant for indoor/outdoor use. The embossed floral decorations are a hallmark of the Dutch designer, Tord Boontje. This sculptural piece unites attractive decoration with excellent quality and versatility. O-Nest is a perfect addition for open spaces, shady gardens or simply for the home.

Available in a selection of integral colors.