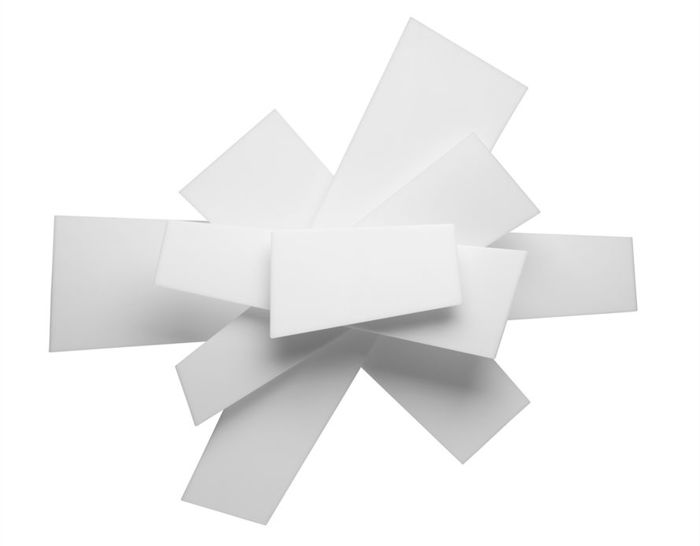 Big Bang is a unique, sculptural ceiling lamp made of intersections of white or colored metacrylate panels with lacquered metal supports. The angles of the panels and clever use of materials allow for a unique and elegant display of light. Big Bang is ideal for any public or private invironment.

Enrico Franzolini was born in Udine, Italy where he studied architecture at the University of Venice. In 1972, he was invited to the 36th Biennale exhibition of Decorative Arts in Venice, exhibiting two objects produced by the Livio Seguso glass factory in Murano. In 1978, his first personal exhibition at Plurima gallery in Udine marked the beginning of his interest in minimal architecture.

Available in your choice of two colors.