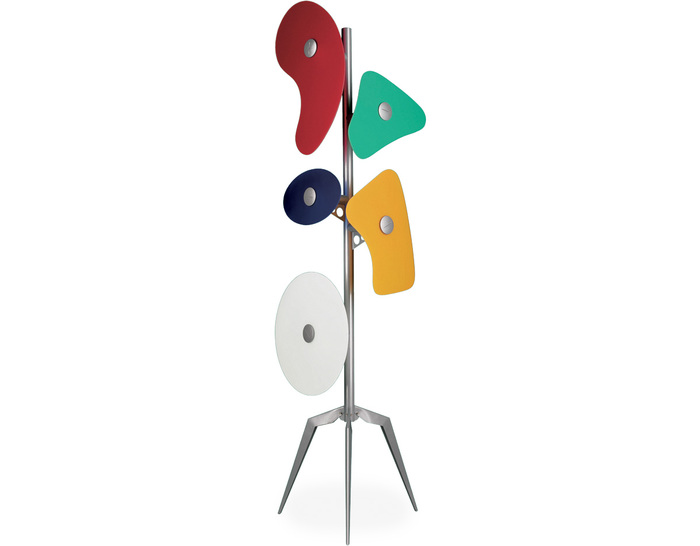 The Orbital was Ferruccio Laviani's debut lamp. It marked Foscarini's first adoption of production materials other than Murano glass; but above all it constituted a long-standing icon which reinforced the company's image, particularly in the media.

A piece of sculpture, Orbital is made of a metal stem and supported by an adjustable metal tripod, on which the five supports for the glass shades are soldered. Initially, the glass shades were to be reminiscent of stained glass cathedral windows. They are made out of industrial glass, silk-screened in white or different colors, and satin finished on the outer surface and polished on the inside to allow light reflection.

Available in your choice of white or colored glass shades.