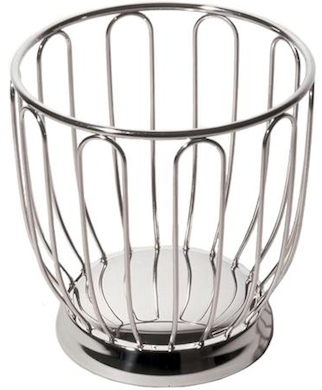 Design Alessi, 1952
stainless steel
Made in Italy by Alessi

An excellent example of unparalleled Alessi quality, design and craftmanship. This classic citrus fruit basket is elegant and simultaneously informal with a great weight, look and feel.


$220.00 + free shipping
(in-stock items usually ship in 1-2 business days. Otherwise, please allow approximately 3 weeks for delivery.)
there are no reviews of this product yet.