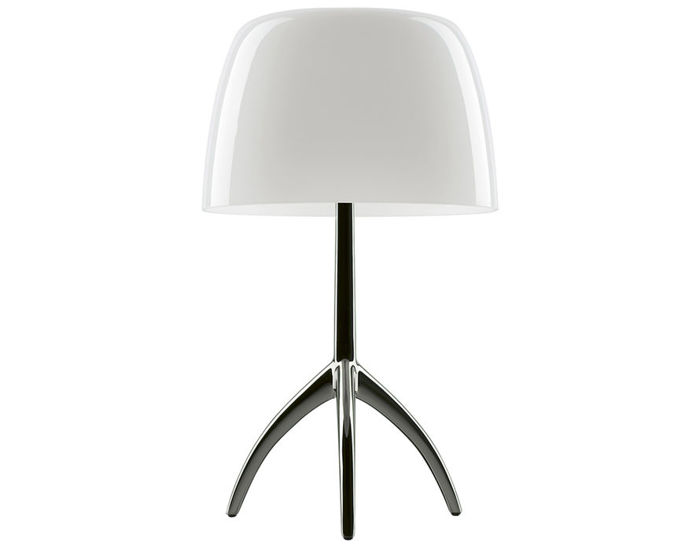 A reinterpretation of the classic table lamp. The Lumiere series is a fine example of how contemporary designers reinterpret the 'forms of memory'; objects which are deeply rooted in their use and diffusion, whose reinterpretation appears quite recognizable and easy to accept.

In the history of Foscarini, Lumiere represents the symbol of an up-to-date design language brought in by the independant designers who contributed to improving the quality of the products and strengthening the brand impact.

Rodolfo Dordoni is an architect whose work ranges across art direction, furnishing and lamp designs, exhibitions, renovations, show room and point of sale set-ups. Some of the most famous objects of italian design carry his signature.

Lumiere features a blown glass shade with a colored outer layer, polished finish and white inner layer. The base is available in either a polished aluminum, black chrome or champagne finish.

based on 3 reviews
average rating: 5