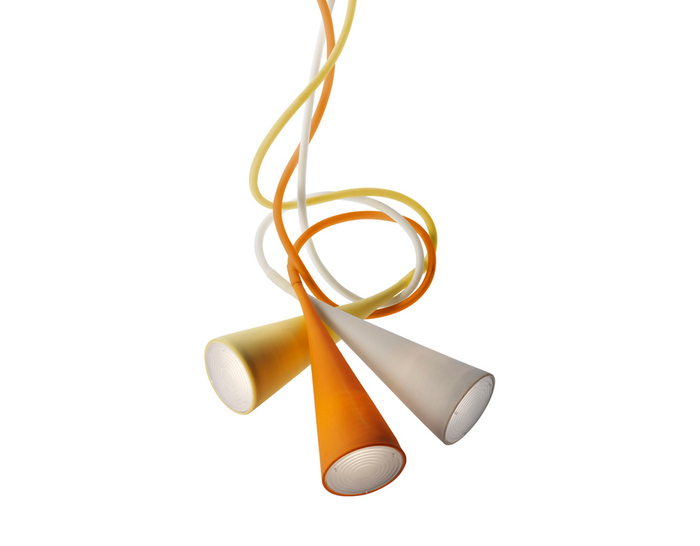 A multi-use lamp, the Uto is designed to go anywhere. Meant for indoor as well as outdoor use, Uto is made of silicon rubber making it soft to the touch and very flexible. You can lay it on the ground, put it on a table or hang it over your table or outside in the garden. A shock-resistant polycarbonate diffuser makes Uto at home in any environment.

Lagranja was started in 2002 in Barcelona by Gerard Sanmartí and Gabriele Schiavon. It is a multidisciplinary design firm (interiors, exhibition design and product) that works between Italy and Spain with public and private clients.

Available in your choice of three colors. On/off switch is located inside the flexible tube. Suitable for damp locations.