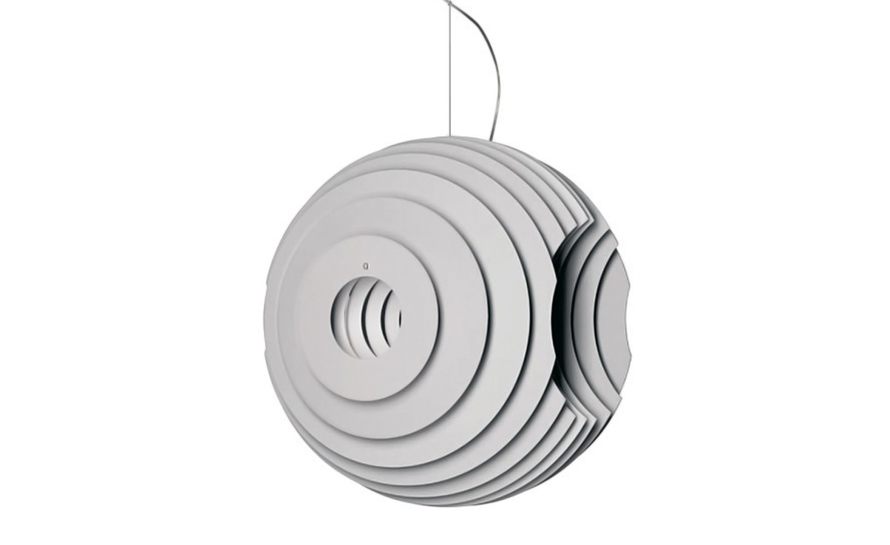 Design Ferruccio Laviani, 2000
Aluminum or steel, steel supports
Made in Italy by Foscarini

The Supernova is an elegant and sculptural suspension lamp. It is constructed of a series of parallel disks in aluminum, white or multicolored lacquered aluminium. These discs allow glare-free illumination while supported from the chromed metal supports. When lit, Supernova exudes a flawless glow from every angle making it perfect for any space.