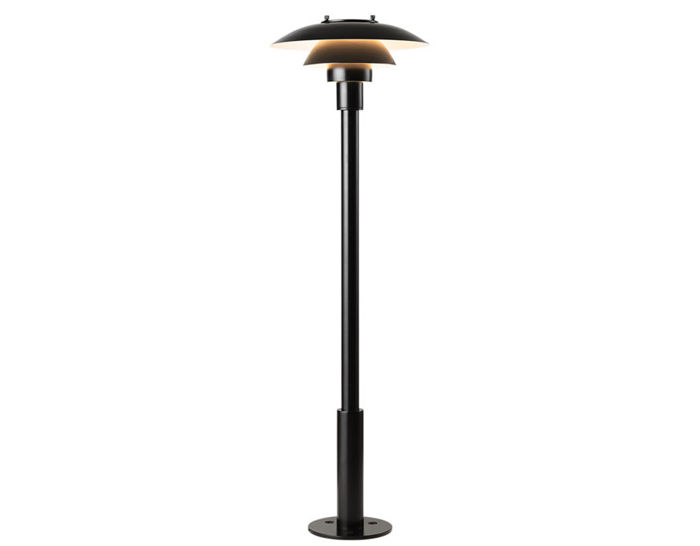 PH 3-2.5 bollard is a member of the of the PH 3-shade family principles, which were developed in the winter of 1925-26 for a large exhibition hall in Copenhagen, Denmark called "Forum".

The PH 3-2.5 Bollard provides a primarily downward illumination. It is made from materials that can endure various weather conditions - Perfect for entrances and placement around the perimeter of corporate areas and private residences. It is based on the principle of a reflecting multi-shade system, creating a harmonious and glare free illumination. Available in a black wet painted stainless steel finish.