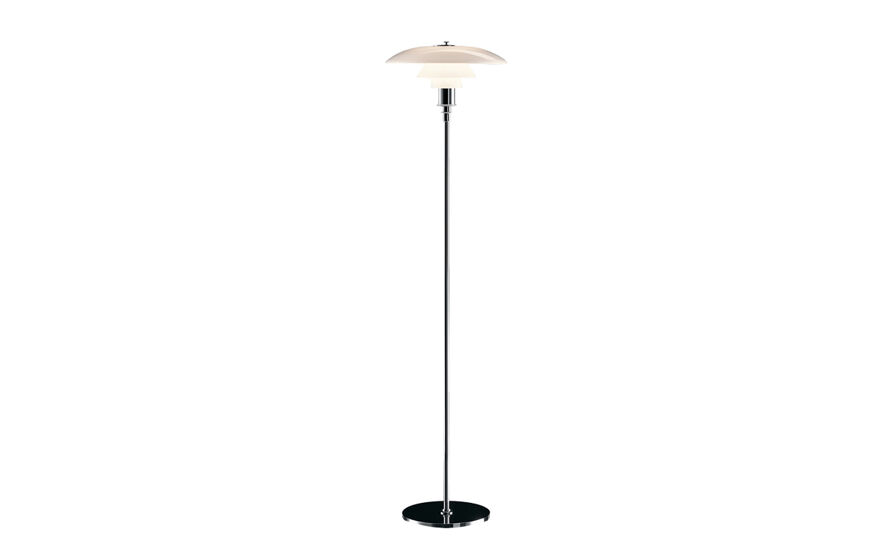 PH 3.5-2.5 floor lamp is a member of the of the PH 3-shade family principles, which were developed in the winter of 1925-26 for a large exhibition hall in Copenhagen, Denmark called "Forum".

The PH lamps were designed as a rational lighting system where the size of the shade, its material, and its surfaces could be combined mutually according to the nature of the assignment. The PH3-shade system started out as a pendant solution but very quickly it also developed into other kinds of fixtures and chandeliers.

PH 3.5-2.5 floor lamp provides a primarily upward illumination. It is based on the principle of a reflecting multi-shade system, creating a harmonious and glare free illumination. All handblown opal glass shades are sandblasted on the undersides for uniform light distribution. In-line on/off switch.