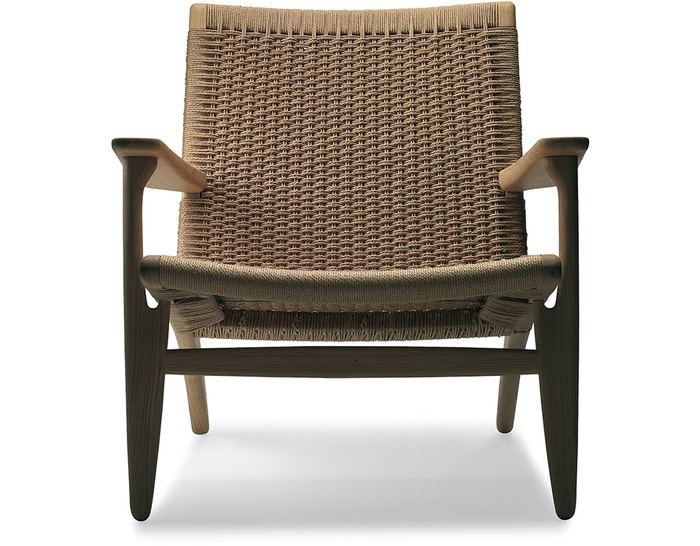 The special profile of the forelegs is probably this chair's most characteristic feature. Their unusual shape make them carry most of the user's weight and serve as a stable support for the armrests at the same time. Another interesting detail is the hind legs, which flush with the rail. The rope weaving of the seat and back form a distinctive pattern. The broad armrests add to the comfort of the chair and make it easy to get up from, even with its low seat height and reclining back. The moderate dimensions fit easily into interiors where space is a factor. The simple choice of materials give it a neutral appearance that make it blend in well.