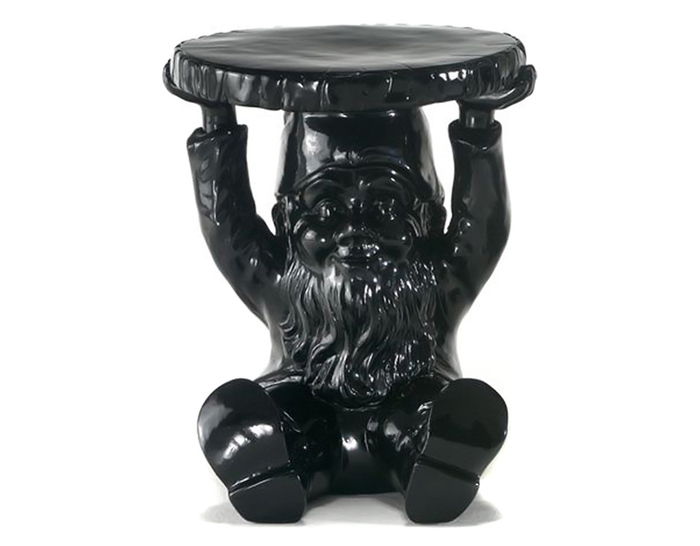 Design Philippe Starck, 2000
Thermoplastic technopolymer
Made in Italy by Kartell

This year, two of Kartell's cult products: Philippe Starck's Gnomes and Anna Castelli Ferrieri's Componibili modular units are being offered in black. Offered here are Philippe Starck's Gnomes. These playful Gnomes, Attila and Napoleon, are available for the first time, in a black version emphasising their irreverence and cuteness.

These very special characters are striking on account of their originality and non-conformism. They were conceived to furnish any environment with an eye towards practicality. An exciting addition to the Kartell collection.