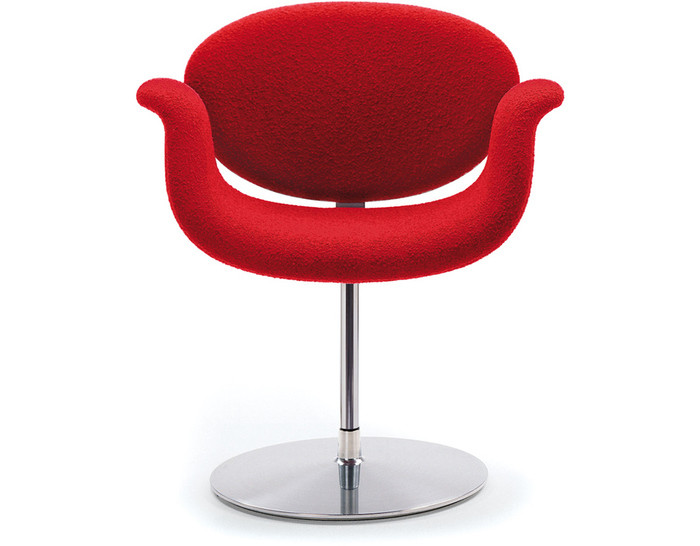 Design Pierre Paulin, 1965
Upholstered shell, polished aluminum or powder-coated base, chrome
Made in The Netherlands by Artifort

As if Pierre Paulin had premonitions of Flower Power, the simple Tulip spreads its half-open petals around the sitter, inviting and warming at the same time. There is a stately Tulip with a high back, which is an eminently comfortable lounge. There is also the Little Tulip. Elegant with its low back, it is perfect for conferences, as a side, dining or desk chair or just a comfortable spot for an after-dinner chat.

As a homage to Pierre Paulin, the Little Tulip with cross-base has now been reintroduced into the Artifort collection. Elegant, light-hearted and beautiful to behold.