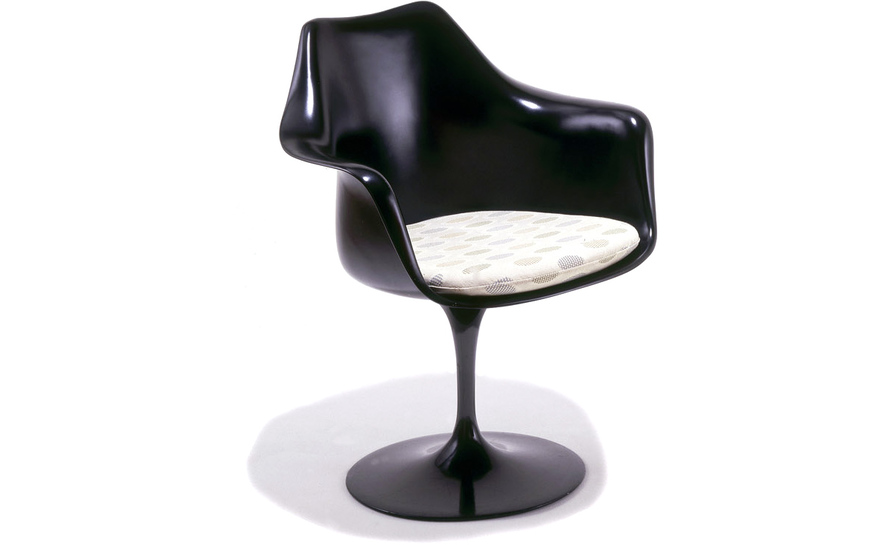 In his purist approach to design, Finnish-born Eero Saarinen sought out the essential idea and reduced it to the most effective structural solution. He designed the 1956 Tulip chair in terms of its setting, rather than a particular shape. "In any design problem, one should seek the solution in terms of the next largest thing." he said. "If the problem is a chair, then its solution must be found in the way it relates to the room..." In Tulip Saarinen realized his ideal of formal unity: "Every significant piece of furniture has a holistic structure." Winner of the 1969 Museum of Modern Art Award, the Tulip is Saarinen's genius solution to clearing up the "slum of legs" that populates the under-carriage of most dining sets.

Construction notes: Base is a cast aluminum, rilsan coated finish. Shell is molded fiberglass with a reinforced plastic bonded finish. Upholstered foam cushion is removable, with zippered cover and Velcro fastening. Finishes; Base and shell finishes available in White or Black. Upholstery; available with a seat cushion only or with a fully upholstered inner shell.