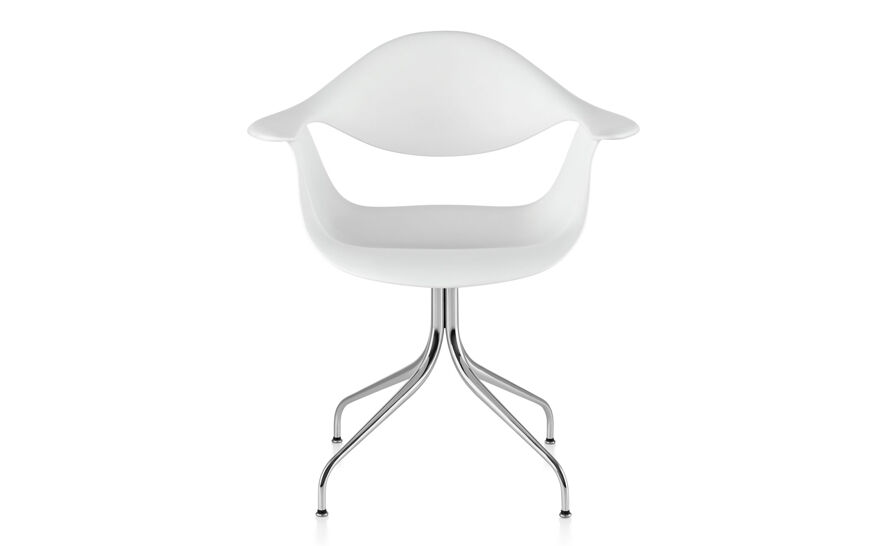 "Total design is nothing more or less than a process of relating everything to everything." -George Nelson

The Swag leg group from George Nelson is back! Each piece displays the distinctively slender and majestic metal legs that give the "swag" appearance to the group. The beauty and unique design of each piece combined with the legendary quality from Herman Miller makes the Swag leg group a pleasant addition.

Separate seat and back. The swag leg chair has a look that's light-scaled and sculpted; the chair shell flexes with the sitter and prevents heat buildup. Features wide, flat armrests so forearms can rest comfortably. Thanks to some inventive production techniques, they use earth-friendly materials while remaining true to George Nelson's original 1958 design intent. The seat and back shells on the armchair are available in white and the legs come in a chrome finish.