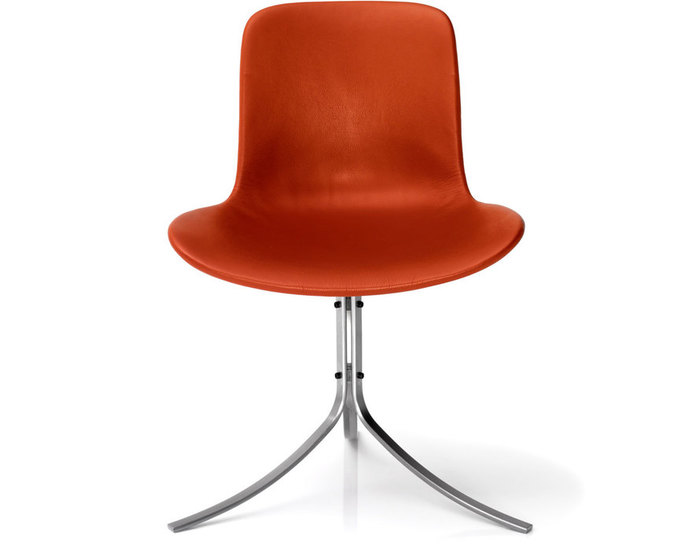 The PK9 - also referred to as "the Tulip chair" is part of Fritz Hansen's "Poul Kjaerholm collection". Simple yet distinguished, the PK9 follows the delicacy of Kjaerholm's design style. It is suitable for any environment, from lounges and waiting areas to private homes. The PK9 is a fine choice together with a great variety of tables, but the best match is the PK54 table.

The PK9 side chair has a tripod, satin-brushed stainless steel base with a nylon inner shell. The seat is covered in your choice of leathers.