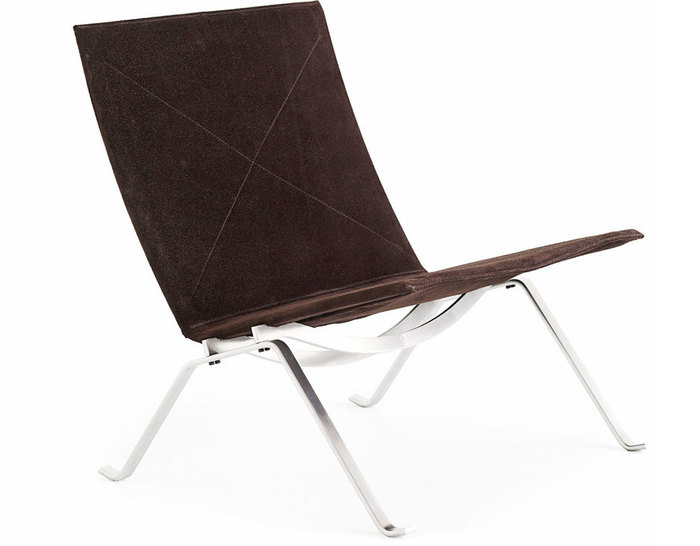 "I am trying to express the very language of the materials themselves." -Poul Kjærholm

The PK22 easy chair from Fritz Hansen's "Poul Kjaerholm collection". Simple elegance, a typical Kjærholm design - with the combination of steel and wicker or leather - in an exclusive and minimalist design. The discrete and elegant PK22 easy chair stands as an icon for Poul Kjærholm's work.

PK22 easy chair has a satin-brushed stainless spring steel base and available in your choice of canvas, leathers or wicker.