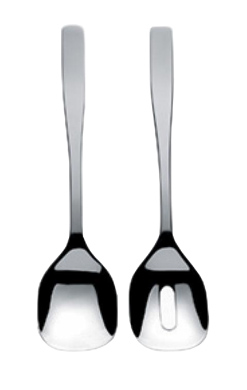 A great salad set from the Knifeforkspoon collection by Jasper Morrison. This 2-piece salad set would add a nice, stylish look to any table. Made of 18/10 stainless steel in a mirror-polished finish.