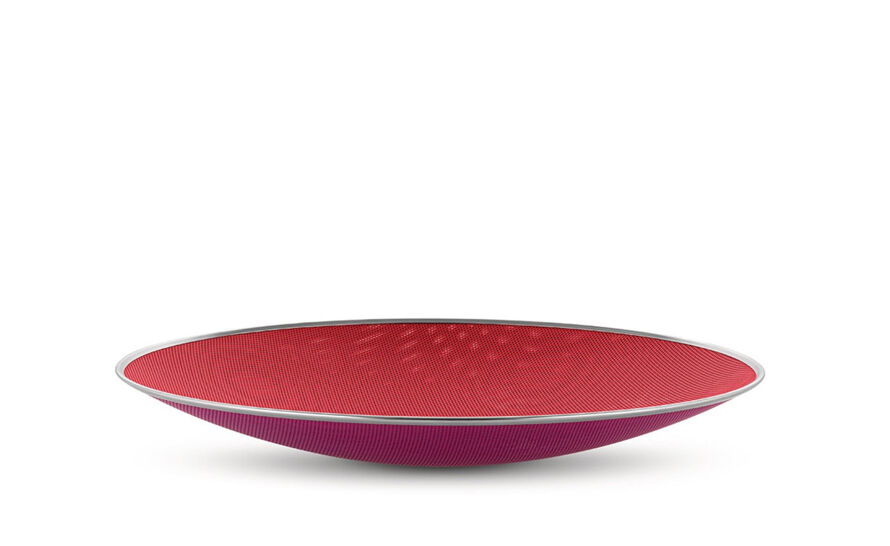 An object that straddles the line between art and design created by Susan Cohn: this apparently simple and minimal centerpiece conceals an extremely sophisticated design. The designer was inspired by the screened furniture in which food used to be stored, and developed an intelligent design process with a refined moiré effect created by the passage of light between two superimposed nets. A great conversation piece, perfect for any space.

Influential Australian silversmith, Susan Cohn is a designer of small objects and jewels she directly produces in her small and yet efficient laboratory in Melbourne in small series. She is also an active lecturer in international design schools.