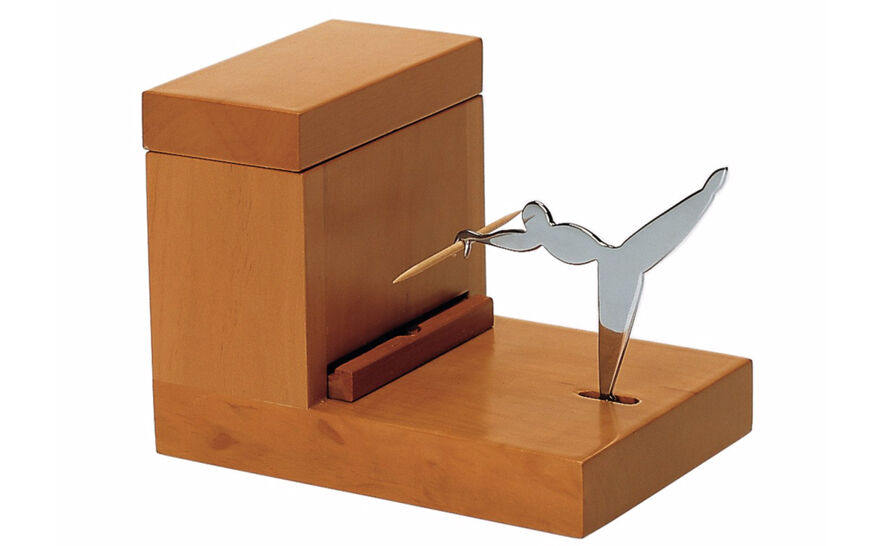 The toothpick holder, by Branzi, is designed and constructed with the utmost care in every detail using a hand-crafting process. To use, simply push the ballerina forward by the foot, a drawer opens and she picks up a toothpick for you.

Born in Florence, Italy, Andrea Branzi was one of the founders of the Domus Academy and is one of the members of the EEC Commission for the promotion of the European design. He is an architect and designer as well as critic on magazines such as Domus, Interni, Casabella and Modo. He has also worked with other international design companies such as Cassina, Vitra and Zanotta.