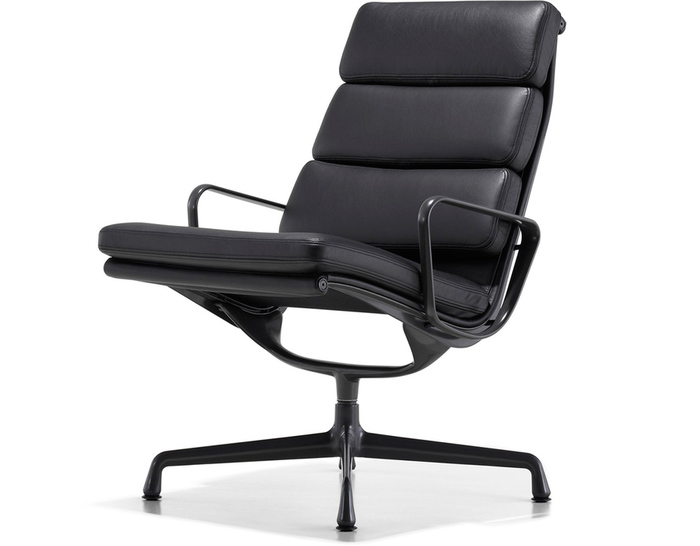 "Design is a plan for arranging elements in such a way as best to accomplish a particular purpose." -Charles Eames

An extension of the Aluminum Group chairs designed in 1958 for the Irwin Miller home, the Soft Pad Group repeats the structure of the earlier chairs, adding cushions to the seat and back. Covered in leather or fabric, these cushions transformed the spare character of the Aluminum Group into a luxurious version for homes and offices.

The seat-back suspension was a major technical achievement and represented a departure from the concept of the chair as a solid shell. The soft pad group is wonderfully comfortable, strong, yet lightweight.

Available in management, side, executive, and lounge models, their classic lines and comfortable suspension keep them in demand for all kinds of places, from contemporary homes to elegant offices to hip startups.