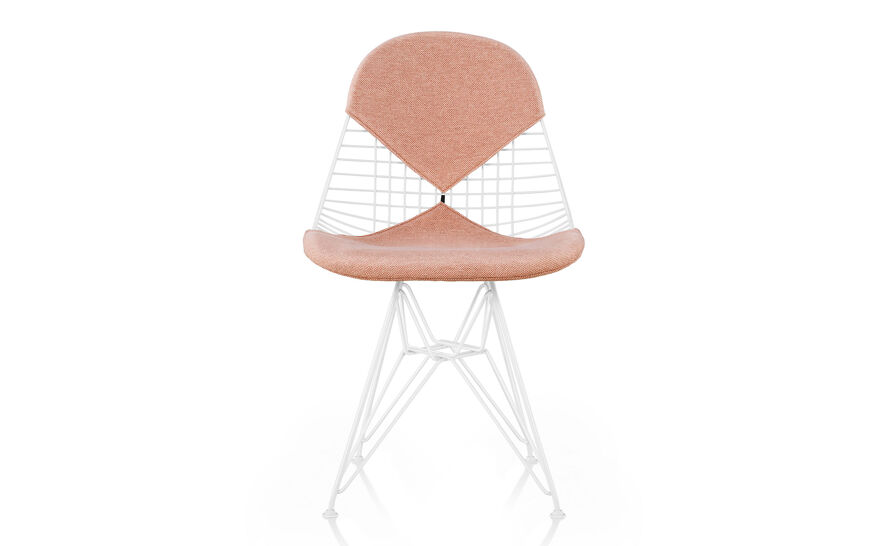 The airy silhouette of the wire chair is achieved by wires, cross-woven and positioned on a bent-wire, welded chrome base, also called the 'Eiffel Tower' base. The chair's organic shape fits the contours of the body making the wire chair a perfect choice for residences and workplaces alike. Also available with a one-piece leather seat pad or standard wire seat and back. Leather bikini-pad is available in your choice of colors.