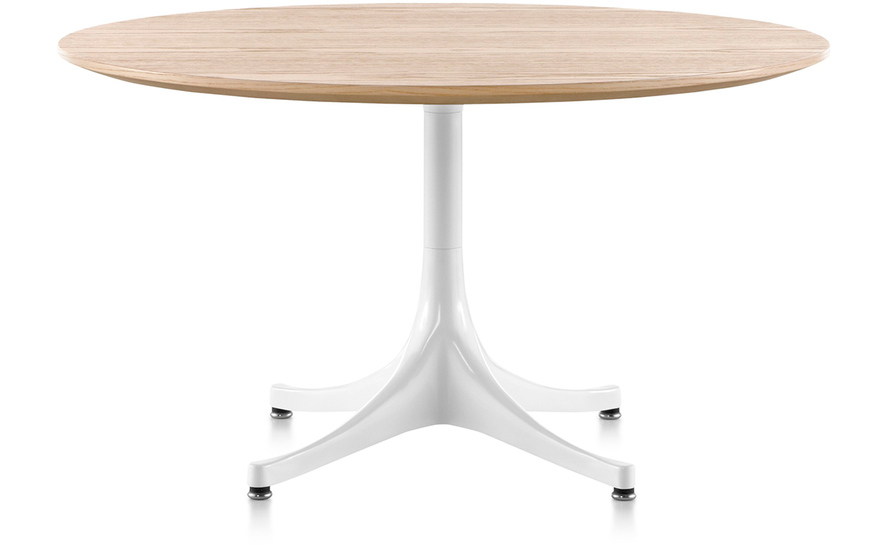 "The simple joy of taking an idea into one's own hands and giving it proper form, that's exciting."
-George Nelson

The George Nelson tables reflect the clean lines and pleasing balance of style and function that characterize all his furniture creations. The tables are available in different sizes to coordinate with other furniture pieces, serving as a spot for flowers, a small lamp, or a coffee mug.

The Nelson pedestal table is available with a 28.5" dia. top and offered in three height options. The table features either veneer, marble or laminate tops. The laminate & veneer tops have a maple edge and the stone tops with knife edge. Each table has a sculpted, tapered pedestal base and offered in your choice of finish options. Also available as a side table.