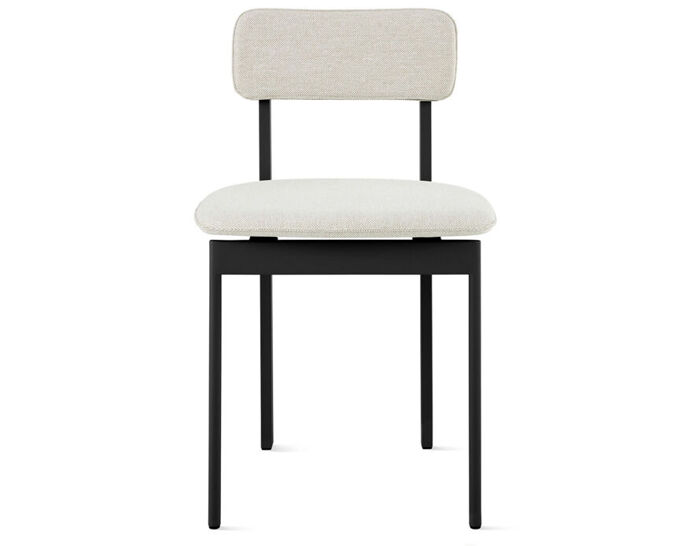 The Betwixt upholstered side chair has a steel tube frame with a choice of solid wood, cork or upholstered seat and back. The Arms are offered in solid oak, walnut or cork. The chair includes polymer glides suitable for multiple floor surfaces.