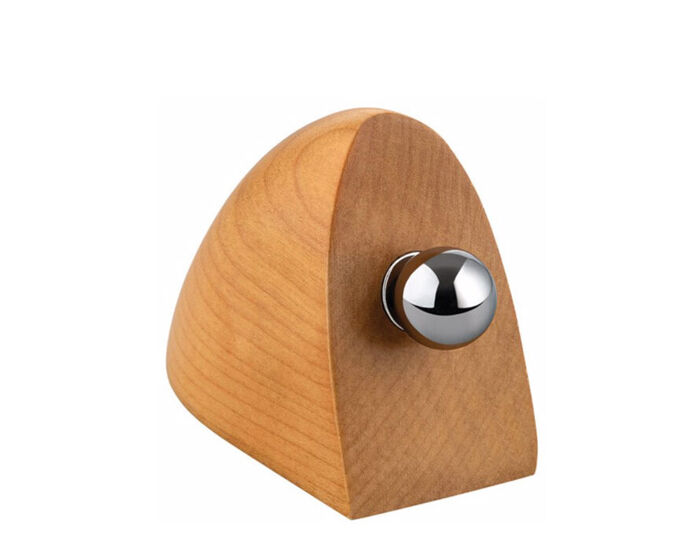 A photo frame that almost disappears, leaving space exclusively for moments worth remembering. This photo frame has been resolved into an object with an elegant and minimalist design: a small volume of turned wood acts as a support for the image, held in place by a simple magnet. It is ideal for welcoming friends with an unusual table setting.