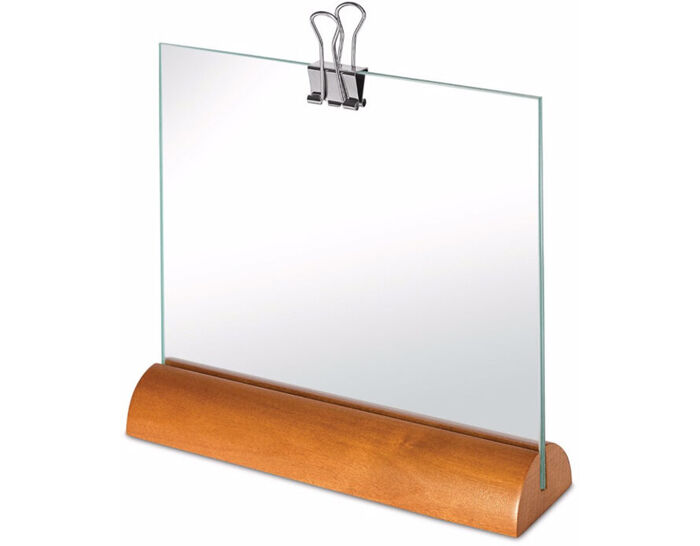 A frameless photo frame that reveals only the image it holds: designed by Kuno Prey, it is simple, functional and unusual. It reflects Prey's ethical and ecological approach to design, his avoidance of what is superfluous and any facile acquiescence to market demands.

Easy to use, just insert the photograph between the two panes, secure them together using the clip and reinsert them into the wooden base. Part of the Alessi 100 year anniversary values collection.