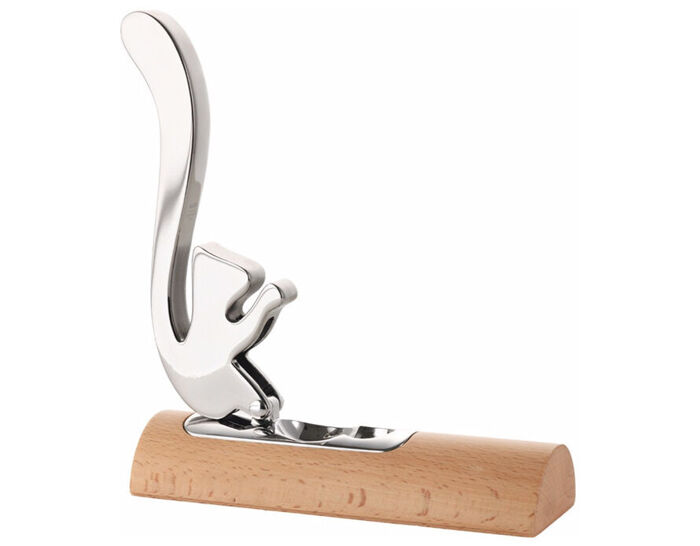 The Scoiattolo (squirrel in Italian) nutcracker was designed by Andrea Branzi for Alessi. Branzi pays great attention to the forms and materials he uses in his designs. In the case of Scoiattolo, the use of wood and stainless steel make a great combination of form and function.