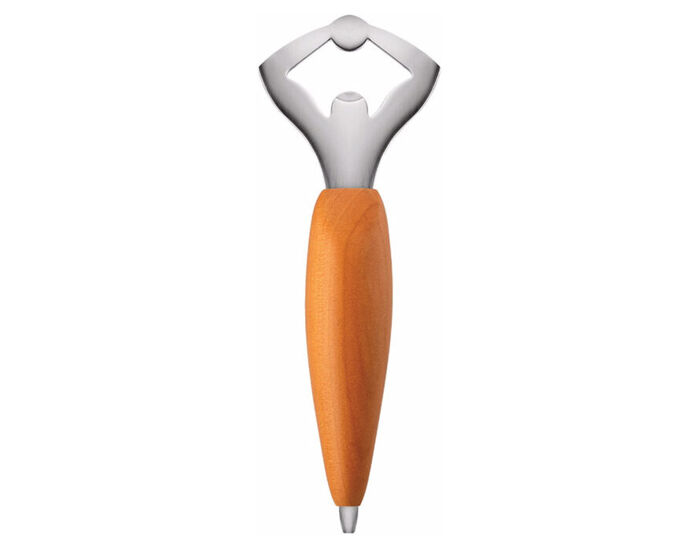 The elegant bottle opener designed by Andrea Branzi is an ideal tool to easily open bottles with metal caps and crown caps. Ercolino is exemplary of Andrea Branzi's happy relationship with the expressive potential of turned wood, which, in his opinion, is one of the best materials for creating objects with which it is possible to establish not only a functional but also a psychological, symbolic and poetic relationship.