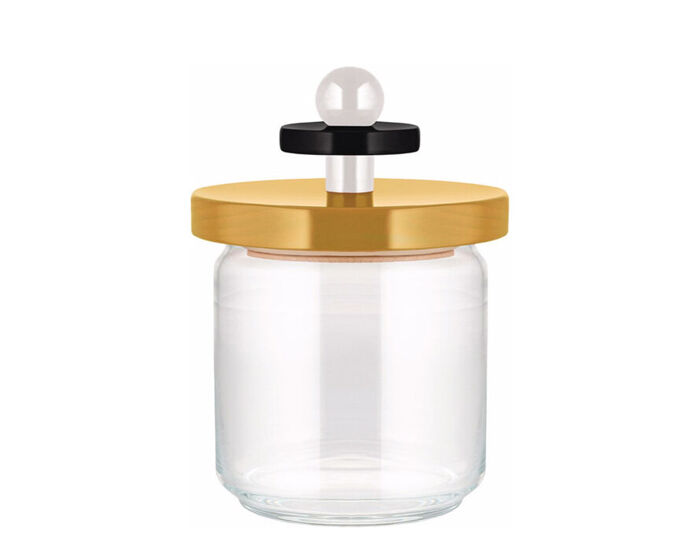 A simple kitchen jar marked by a small touch of contemporary design. Ettore Sottsass reinterprets a kitchen classic with his hallmark style of overlapping colored volumed. The ideal jar for storing dry foods such as rice, pasta, biscuits or powders such as sugar, salt and coffee. The glass body and the hermetic closing keeps the flavor and aroma of the product intact.

Part of the Alessi 100 year anniversary values collection. Offered in two sizes and your choice of various colors.