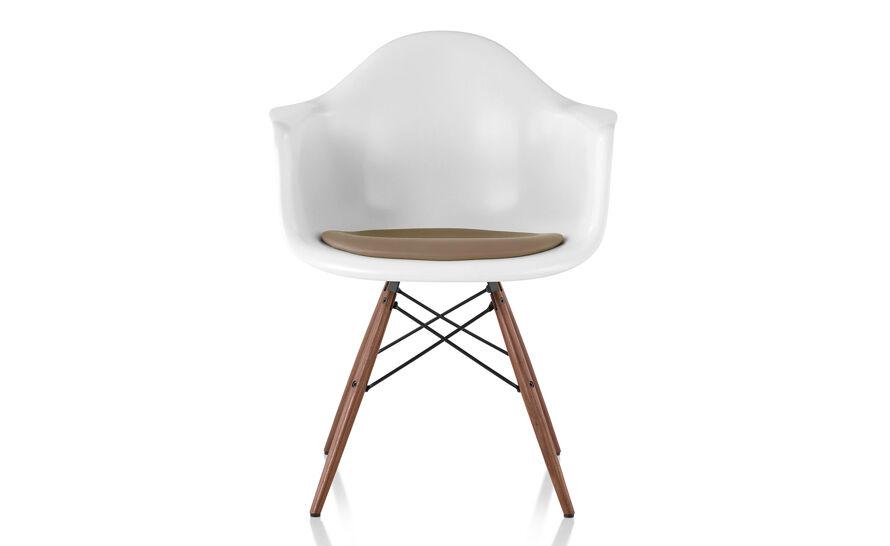 "The role of the designer is that of a very good, thoughtful host anticipating the needs of his guest." -Charles Eames

The organic shape and sophisticated lines of Charles and Ray Eames' molded plastic armchair make it a desirable design object as well as a surprisingly comfortable seating addition to any environment. This version features a dowel base which offers a warm counterpoint to the plastic or fiberglass shell material. The Eames molded side chairs in fiberglass or plastic can also be configured with a choice of wire, dowel leg, and 4-leg bases. An array of finely tailored fabrics round out the collection of seat pad customization options.

The seat and back are formed of molded plastic or fiberglass with waterfall edges and flexible back. Upholstered seat pad comes affixed to Eames Molded shells. The Ebony stained white ash dowels and the solid walnut dowels have black glides while the solid maple and white ash dowels have white glides. Chair is offered with standard plastic glides or standard glides with felt bottom.