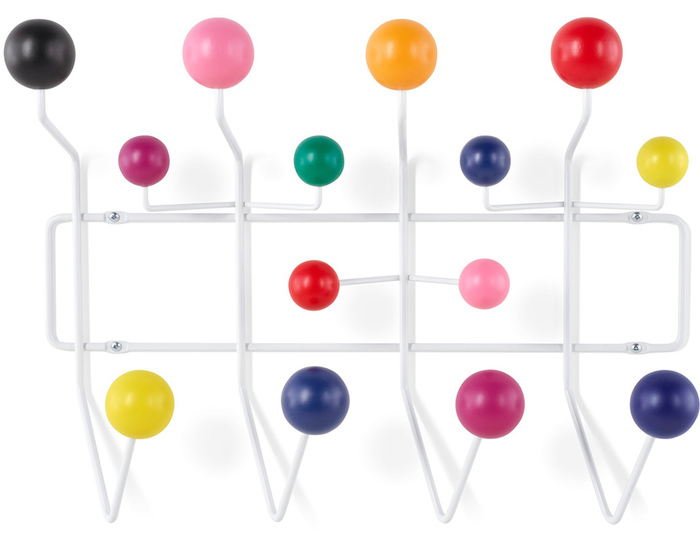 "Design is a plan for arranging elements in such a way as best to accomplish a particular purpose."
-Charles Eames

Charles and Ray Eames brought a sense of play to all their work. Throughout their careers, they designed a variety of whimsical toys and furniture for children, including this 1953 Hang It All®, for Tigrett Enterprise's Playhouse Division. To achieve the piece's spidery base, Charles and Ray used the same mass-production technique for welding wires that they developed for their low table bases and wire chairs. More than just a conversation piece, the Hang-It-All holds nearly anything that slips over its colorful hooks.

The Hang-it-all's welded steel wire frame has a white, dark blue or black powder-coat finish and attaches directly to walls or other surfaces. The hooks are made from 14 solid wooden spheres and offered in all black, all white, natural maple, walnut or multi-colored. Attachment hardware included. Each sphere can hold up to 10 lbs. with a max load of 50 lbs. on the whole unit.